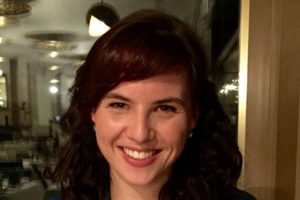 Claire, deputy head girl of 2005, started her studies at the University of Johannesburg and graduated cum-laude with a BA Industrial Psychology in 2008. Claire then pursued her Honours (University of the Witwatersrand) and Master’s degrees (University of Johannesburg) in Industrial Psychology, both of which were awarded cum-laude and in both programmes she was recognised as the top student. In 2012. Claire was selected from applicants from all over Europe, and moved to Lausanne, Switzerland to pursue a PhD in Psychology at the Univesity of Lausanne, studying with a full bursary.

We congratulate Claire as she was awarded her doctorate in May 2015!  Currently Claire works as a researcher on a project called “Career Paths” hosted by the National Centre of Competence in Research – LIVES at the University of Lausanne.  This project follows 2000 working adults over 7 years and aims to identify the factors that contribute to career pathways, transitions, and successful development. Claire recently finished lecturing a course on “Professional Development” to Masters’ students at the Faculty of Business and Economics.

Claire plans to pursue an academic career, initially in Switzerland and then possibly moving elsewhere.